Our WPL Coach, Pete Edwards was awarded Unity Bank Women's Premier League Coach of the Year for his outstanding work in his first year as coach of our 2019 premiership winning team.

Our WPL player, Brittni Nicol was awarded Unity Bank Women's Premier League Player of the Year for her amazing season in our premier league side.

On behalf of Gosford City FC and it's committee we would like to congratulate both Pete and Brittni on these fantastic awards and achievements. 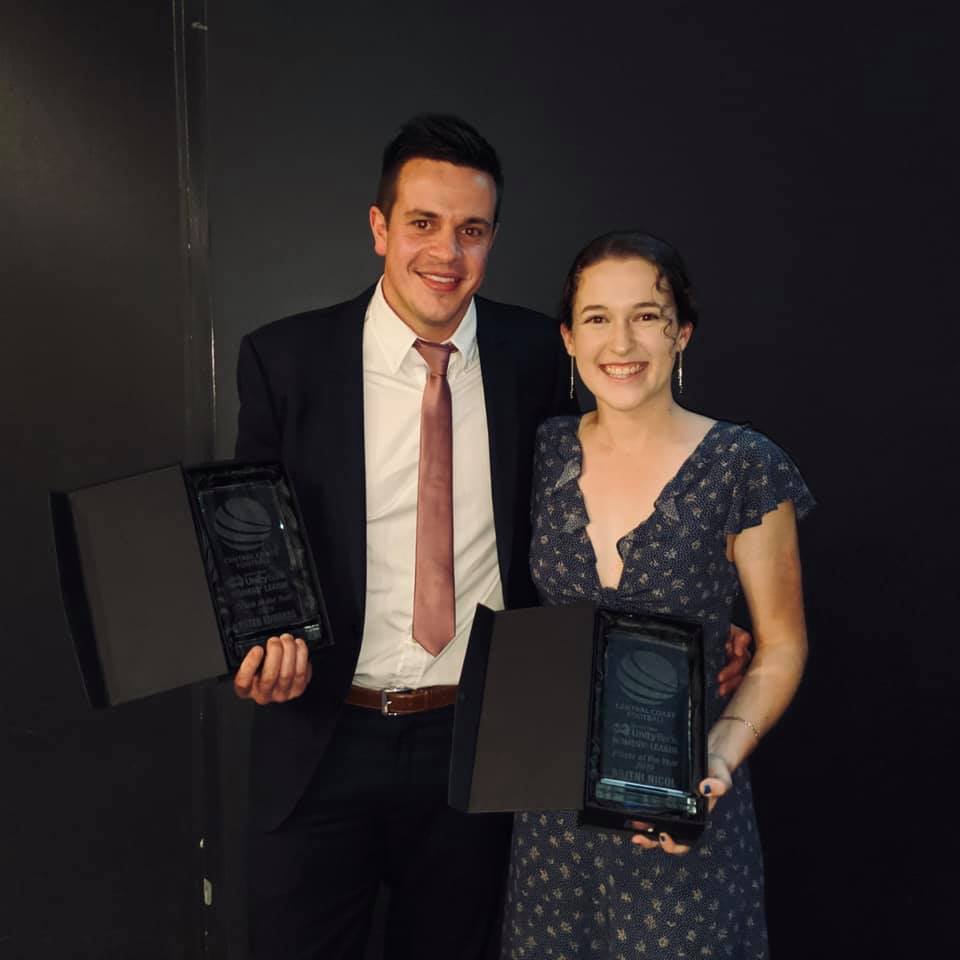