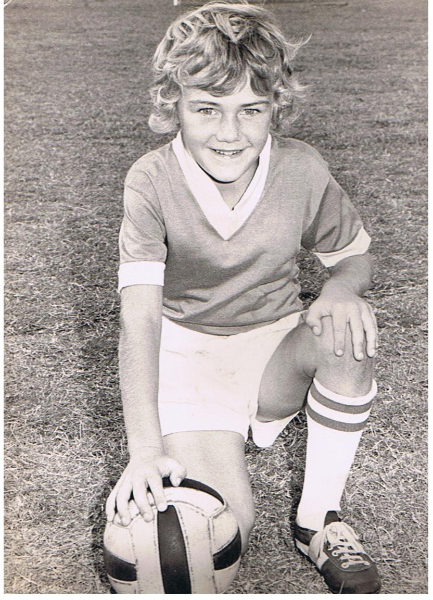 Players have been playing for Gosford since the mid 50’s but had to travel extensively until the Central Coast formed it’s own association in 1963. Springfield United joined with Gosford City in 1981 bringing along many families, some of whom are still with the Dragons.

Originally we played at the oval adjacent to the Leagues Club known as Grahame Park, we then re-located to Adcock Park, West Gosford for several years before moving to our current home ground of Gavenlock Oval, Adam Street, Narara.

Gosford City has been awarded from the association the following: Austin Butler Shield in 1988 and 1996, the Sterland Trophy – now known as the Bill Pluim Cup in 1992 and the Jack Atkins Trophy in 2001.

Gosford City has two long serving players in Scott Eyers and Mark Young who both mark 40 years service to the Dragons in 2013.

Unfortunately due to earlier computer breakdowns our records are minimal. 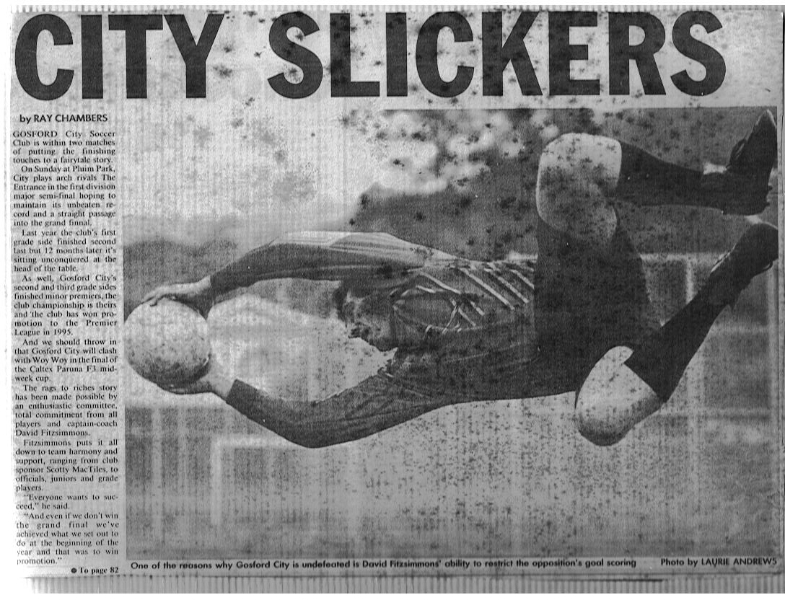 Our Senior men’s division’s have been very competitive over the years, after being promoted in 1994 from first division they won the Premier League Trophy in 1995 and 1996 with Dave Fitzsimmons as coach. Dave was awarded the MPL Coach of the Year in 1995. (Several players from these squads are still playing in the Club’s over age sides. Our Senior division also won the Men’s Association Cup in 1996.

The club won promotion to Premier League in 2008, and despite relegation the following season, was promoted again in 2012, to compete in Premier League for our 50th year. 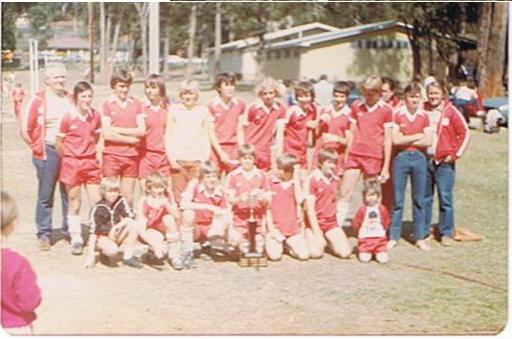 The first women’s team played for the Dragons in 1982, we have grown in this section of the club to now field Women’s teams from Under 12′s to Women’s Premier League. In 1992 our B Division won the Minor Premiership as well as the Championship. Our Junior “Red” teams also won in 1992 and 1993. Championships also won by WAA2 and WAA4 in 2005 and W14B in 2004. Our women’s Premier League side has now gone on to be one of the most successful on the Coast, and indeed the state.

Our Junior division’s have won multiple awards with many competition teams winning Minor Premiership’s and Championship’s over the years. We currently have junior and youth teams from Under 5’s to Under 18’s. 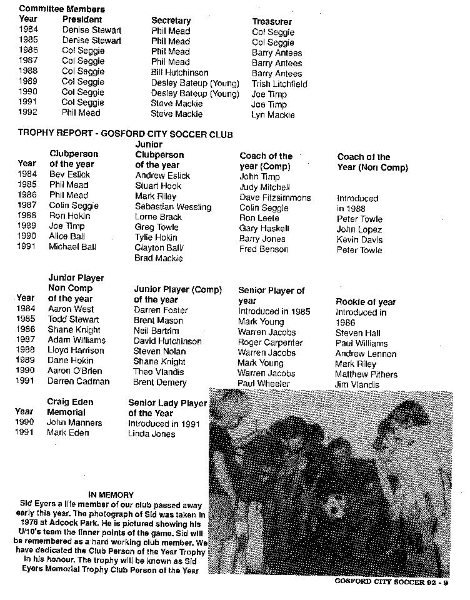 Gosford City Football Club has many Life Members, they have been broken up into “Nominated Life Members” and “Playing Life Members”. Nominated members are those who may or may not have played for the Club but have worked tirelessly for the Club whether it be coaching, managing or being on the committee or most of the time all of those, these members have been nominated by their peers and awarded Life Membership at an AGM.

Playing Life Members are those who have played at least 15 years straight with the club showing their commitment to the Dragons. See below our many Life Members.­­­

Please contact us if you have any information or photos you would like to add to this page at
This email address is being protected from spambots. You need JavaScript enabled to view it.

In 1992, Long time club supporter, and Life member Sid Eyers, passed away suddenly. The Club Person of the Year award, was renamed in honour of Sid, and a new trophy was purchased. Each year since, the trophy has been awarded at the end of year club presentations, by either Adele Eyers, Sid’s widow, or his son Scott, who remains a current Over 45 player.

The “Sid Eyers Memorial Trophy”  For Club Person of the Year

Competition Coach of the Year

The “Sico Howard” Trophy For Non-Competition Coach of the Year